Project Name: Baan Sairoong – These are Thai words that mean House of Promise

To provide a safe refuge for families to raise their children away from drug and alcohol environments of the slums so that children can grow up in the family unit instead of being placed in orphanages or sold/trafficked. Once in a safe community, to work closely with the Pattaya City Government to provide housing and life/job training for inhabitants so that they can live independent lives.

The permanent and transient population of Pattaya is rapidly expanding causing the demand for land and housing to increase.  As a result, the land where the slum dwellers reside is being sold and its inhabitants evicted.  Finding space for these people to relocate is not only expensive but also becoming more difficult to find.  The government has few resources to help this group and the social welfare officers are constantly referring families to us for help.  As mentioned above, we work in 14 of these unregistered slum areas and offer basic food, second hand clothing, medicines and prayer, however, we are unable to meet the need for housing and this situation is becoming more desperate.

Last year Hand to Hand built a small home for a grandmother and her six grandchildren at the cost of $1,100 US on a small piece of land that is on loan to the foundation for free. The land has no access to water or electricity so we have worked with the surrounding neighbors who are kindly sharing their amenities with her. The dwelling has been constructed using metal frames and a roofing so that some of these materials can be reused at a later date. Although it is not an ideal plan to build on a loaned piece of land, it was the only solution available. We have begun to build another 2 smaller shelters on the same piece of land for a single dad with 3 children and a single mum also with 3 children.

Government officials who are responsible for caring for the poor often seek Hand to Hand’s assistance in addressing the needs of these struggling families. In the cases of the grandma and single mum, local government provided shelter at a government-run women and children’s center. Unfortunately these centers only provide short-term assistance (a maximum of three months) after which they are left without long-term solutions. . With nowhere to go both of these families would have had their children removed from their care and placed in an orphanage. In the situation of the single father, he could not even stay at the center, and if he is unable to care for his children, then he would have had to place them in an orphanage. All of these children have families who love them and are willing to care for them but due to poverty their families are separated and/ or the children run the risk of being trafficked. .

The Baan Sairoong project intends to purchase land and use it to build low cost housing for slum families in this situation.  Alongside the housing, we plan to build a community center to facilitate training programs as well as job skills training. This meeting area will also serve as a pre-school for children with disabilities.

So far as possible every aspect of this project will provide training opportunities where appropriate from:-

– Progression (planning for next steps and moving to independent living).

This project will involve the purchase of the land and the building of eight homes, which can house eight families.

Number of people served by this phase of the project – up to 40.

December 2016- Seeking professional advice on how to drain the current pond on site and landfill required to slope the land sufficiently to prevent flooding in the future.

January 2017- Installation of electrical poles and connecting power to the site.

February 2017- Securing a builder for the project. Seeking professional advice on the type and size of drainage pipes needed to prevent flooding in the future. These pipes will be installed in March.

Securing government permission to run waste water from the property into the city waste water pipes.

March 2017- A building company was secured. The cost of the build was estimated at 4.4 million baht. The builder has agreed to do the build for 2.2 million. Contracts were signed.

April 2017: Plans for the 8 units were drawn up by an architect.

May- June 2017- Plans were submitted to the Pattaya City government for approval and the request was granted.

July 2017- Foundations were laid and the preliminary work for the construction of the building began.

March 2017- A building company was secured. The cost of the build was estimated at 4.4 million baht. The builder has agreed to do the build for 2.2 million. Contracts were signed.

April 2017: Plans for the 8 units were drawn up by an architect.

May- June 2017- Plans were submitted to the Pattaya City government for approval and the request was granted.

July 2017- Foundations were laid and the preliminary work for the construction of the building began. 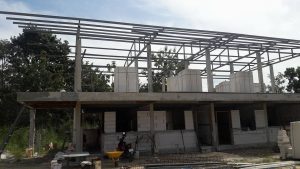 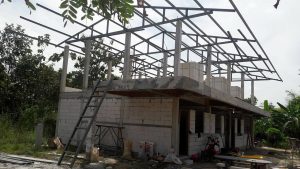 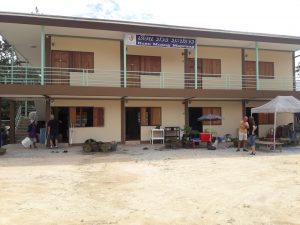 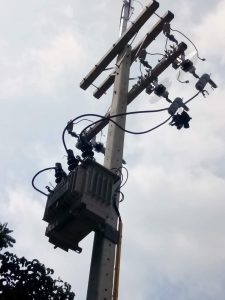 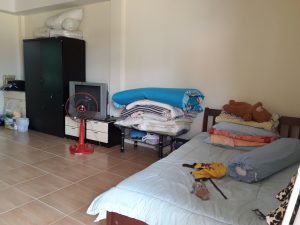 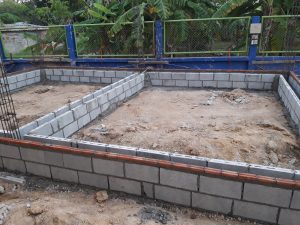 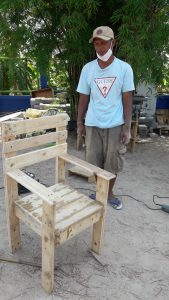 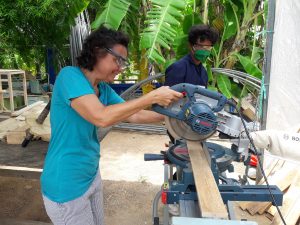 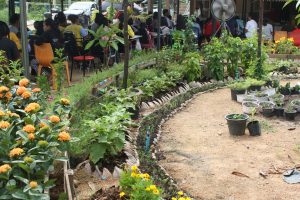 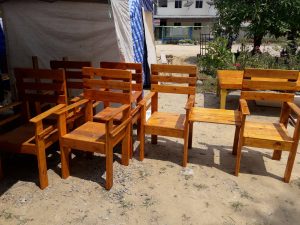 June 2019 – Cooking school opened and a grant relieved to install solar power units on the roof. 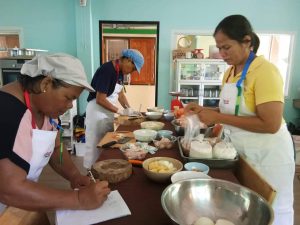 Building of the community center and preschool. This will be a large multipurpose building where adults can be trained in skills such as flower arranging, making garlands, bakery and card making. The participants would then be encouraged to take these skills and find employment in the wider community.  This would give opportunities for other people to enter the programme for training.

There is very little assistance for children with mental health issues and learning difficulties. The center would be a home for a new pre-school specifically catering to these children’s needs. The group size would depend on the children’s specific needs and issues and a special needs teacher, along with 2 TA’s would be employed at the facility.

Setting up a proposed aquaponics program to provide skills training and employment. The produce would be sold to local restaurants.

We can't do it without the help of others. There are several ways you can contribute to our cause.